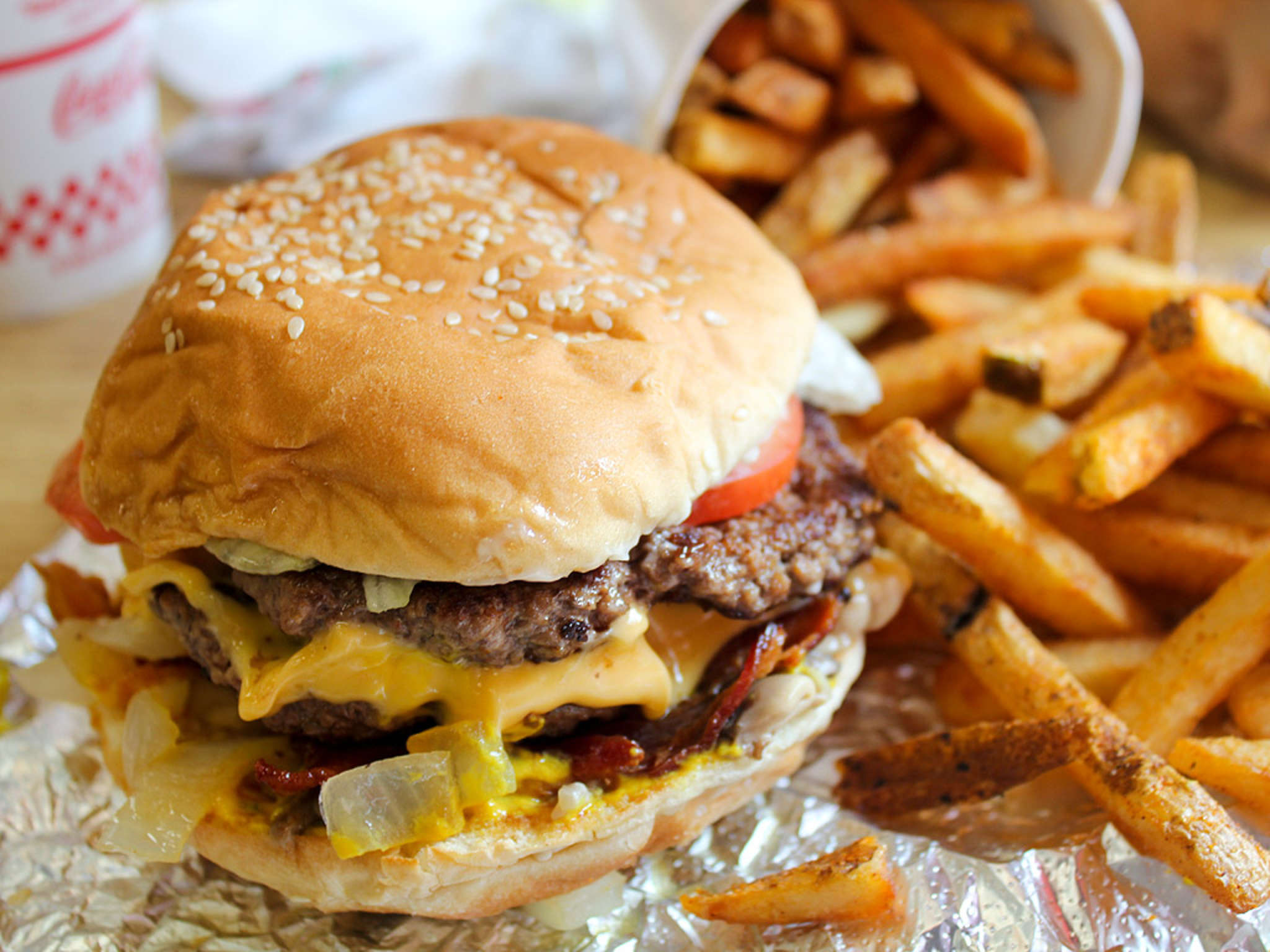 By PaperPlateChef March 31, 2016 No Comments

Today was a typical northwest type of Saturday for April. I woke up to rain this morning, and wondered if the minor league all star classic would be happening. But regardless of the rain, I had to get some errands done with my 9 yr old boy. And as we ended the rounds…the sun started to shine, so we knew that the baseball game was on. So we drove home, put on our Everett Little League Jersey’s and headed over to Madison Field.

Now you have to understand something about Madison field, has the feeling of The Sandlot…a back yard ball park on a dead end street that is supported 100% by the local parents & volunteers that love the baseball culture. For the past 25 years this field has been home to little league-r’s and parents from ages 4 to 14. As each generation has rolled through this neighborhood institution, we’ve learned the meaning of: ‘team’, ‘a grounder to short’, and the saying ‘keep your eye on the ball’. This may sound familiar to those that have been shaped by those 2hr intervals four times a week by the coach still dressed in their work uniforms. However, there is a secret that is just assumed to be common place among those that hail to likes of Madison Field – its called: The Big E Burger.

Now back to my story…we’ll get back to the Burger, trust me. As we arrived at Madison we settled in a little early and enjoyed the last 2 innings of the game that was just ending. Baseball of any-kind is memorizing, kinda like staring in to fire when you camping on a summer night….nothing else in the world exists – but the next pitch.

As the game ended we prepped & chalked the field and warmed up the minor league all stars of the east division to take on their worthy west division opponents. Then — came the call. A concerned parent/volunteer verbally petitioned each of the small 6 row deep aluminum grand stands; “We need volunteers to help run the grill and man the snack shack, or else we have to close it.” My ears instantly perked up. I mean come on – she had me at “run the grill”…:-). Right?!? I mean, it was like dangling a carrot in front a horse…or offering a gummy bear to a 5 year old to just stop crying. I digress. So quietly I snapped out of my baseball trance & I let her know that I’d be glad to help. I jumped in, made a few nachos w/ fake cheese, put more frozen hot dogs on a hot roller, and restocked the fridge to keep the Costco drinks cold. Then…it was time for me to fulfill that urge and – ‘run the grill’. Who knew that she was asking The Paperplate Chef to step up and make it happen? I did, and that is all that matters. As I put some addional frozen burgers on the grill to await the next orders to roll in, I realized the secret of the infamous Big E Burger – the flat top grill. This piece of seasoned steel has had to been under this roof working the art of the flat top crusted burger for years. Let me tell you how simple & amazing this process is…its truly an art.

As the frozen burger hits the grill it is seasoned with Lawrys and salt & pepper…ya know, from those temporary shakers that you take camping? Then just as the burger starts to thaw the flat cast iron 2 lb weight with the wood handle, is set right on top. The same one that alternates between the burgers, the thick cut bacon – to keep it flat, and grilled onions sauteing w/ butter. As each burger is flipped a few times and takes on that flat top crispiness forms on either side, it taken off and put in a steel container that sits on the grill simmering with french dip ‘Au Jus’ to await the next order to come up. Can you see the level of flavor that this grill has and how the burger carries so much of a punch?!? I was in awe at the system that this grill had taught me. Let me continue. As the order for the Big E is screamed from the front sliding window – a sesame bun goes on the grill and two patties come out of the Au Jus and back on to the flat top. Its topped with cheese…& as the it melts, grilled onions slice & half of bacon go on one of the patties. The other patty is then set on top – to sandwich the onions and bacon from sliding out while eating. As the top bun is toasted, it is set up atop of the pile of: melty – beefy – bacony – grilled oniony – double cheesy – goodness.

Now don’t think the bottom part is forgotten, its just as important. The toasted bottom bun comes off the grill and is set on the classic white and red checkered paper. Mayo, classic Frenches mustard, and Heinz ketchup is individually set on the toasty bottom bun, sliced beef steak tomatoes, raw white onion, cross cut garlic pickles, and an overflowing pile of fresh shredded iceberg lettuce is built as a foundation. Then with the spatula, the aforementioned pile is scraped off the grill and scooted, ever so gently, on top of the lettuce. Its then double wrapped in the checkered paper and because of it size white wrapper that secures the checkered paper, is purposely ripped to allow it to fit. Building each one was not only fun…but kind of an honor.

As the orders came rolling in and and we got backed up 12 to 15 burgers deep as the game came to a close, each patron waited silently for each Big E that came off that grill, to fulfill a late saturday afternoon dinner. There were no complaints for waiting, because….if you ever get a chance to get this burger as little league is season…well, I think I’ve described well enough to summarize and say….its worth it.

Enjoy a couple of Big E Burger’s that are pretty self-explanatory, feast with your eyes, your’e welcome….I know I certainly am. 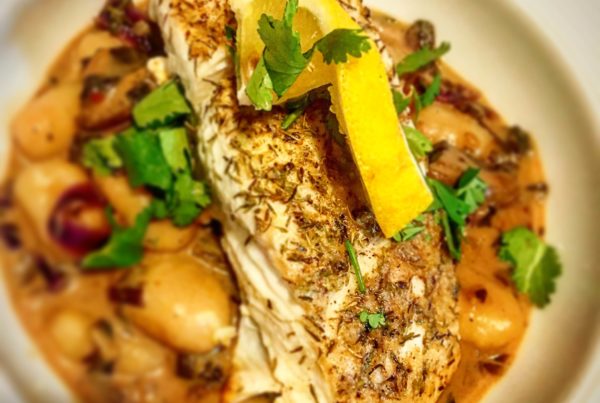 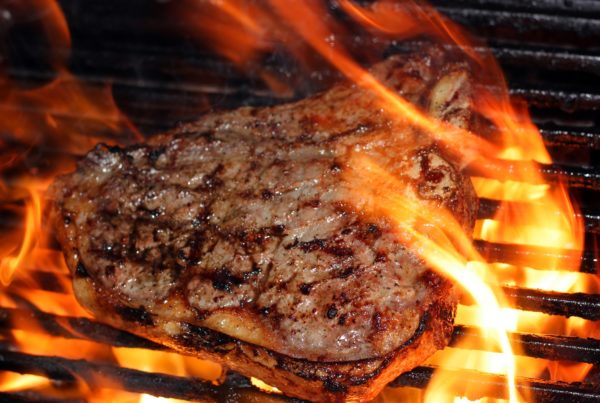 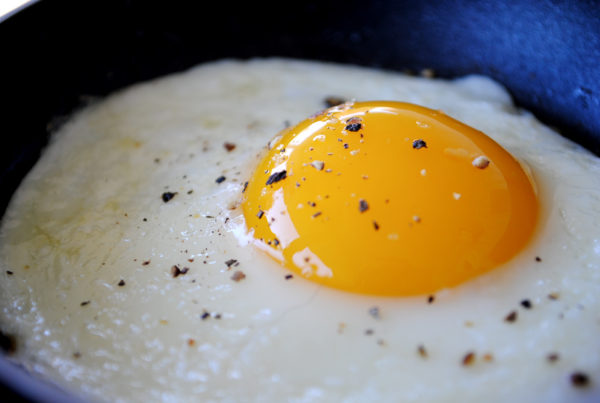